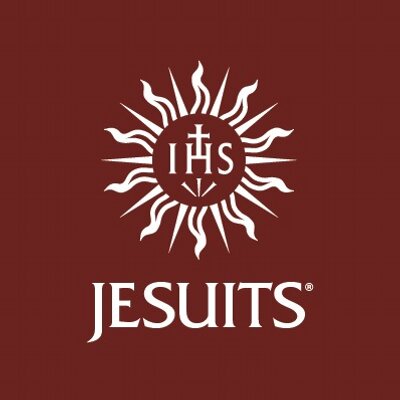 The logo of the Jesuits

For most of us, the violence on the streets outside Holy Trinity Catholic Church in Braamfontein – and the shameful behaviour of the students within¹ – with their blatant hatred for and ejection of the Wits University vice-chancellor Adam Habib, has largely faded from our minds. But I can’t so easily erase from my mind a picture that appeared in the press, of a solitary priest standing at the entrance of Holy Trinity, his defiant stance reminiscent of the Jesuits in the 1980’s film The Mission.² His body language silently asserts no further, no weapons on sacred ground! Saint Ignatius of Loyola (who surrendered a sword of steel for the sword of the Spirit) – founder of the Jesuit Order, would certainly bless this courageous priest, even as talk around the proverbial weekend braais mocked him as a fool for “getting in the way of the police”. (Now ain’t that a familiar refrain amongst comfortable white South Africans in the ‘burbs? The church is always meddling where it shouldn’t … its a police matter not a religious one… he got what he deserved. Dear Christ! – shame on us for our cynicism, our casual indifference!)

Was it a priest standing there at the church gate, or Christ Himself, as men with guns rushed the church?

There are always excellent reasons provided for police firing upon protesters. Amritsar, India; Sharpville, Soweto and Marikana in South Africa; Oaxaca, Mexico; The Camp of the Sacred Stones in the USA…³

The statue of a naked and vulnerable crucified Christ, the crucifix of Holy Trinity Catholic Church Braamfontein, turns his face to the street below as if to weep for our folly. He weeps for the iinjured priest. The teargassed protesters shot in the back by rubber bullets. The policeman who fired upon a vicar of Christ. For the forgeotten poor. For we who- in our manicured, security-patrolled suburbs think the priest a fool.

I am not a Catholic, barely a Christian. But I am a man of flesh and blood: the priest was shot in the face by riot police is my brother. Father, forgive us our hearts of stone.

Sadly, the militant students who gathered at Holy Trinity on another occasion, were ignorant of – or indifferent to – the church’s stance on peace and justice. Their cause trumped Christ’s commands and they betrayed the very meaning of Ignatian spirituality.

How do we find each other, when hatred, intransigence and intolerance have become our de rigeur gods? Do we even want to find eachother, or do we at some primal level seek only the other’s eradication?